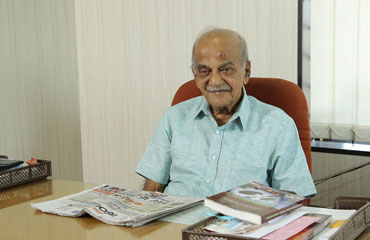 It was in the year 1966, Sri M. Somashekar Bhat, a B.Com graduate from Mysore University and an enterprising young entrepreneur founded Varun Group of concerns and established a small scale unit by name Plastubex Corporation, Udupi for manufacturing Low Density Polyethylene pipes and Polyethylene lay flat tubing’s.
This was the first Plastic unit in undivided Dakshina Kannada District of Karnataka, truly a pioneering effort by the founder. This firm created huge goodwill and established a vast market for the products in Karnataka and also in the state of Kerala.

Sri M Vishwanath Bhat, a Mechanical Engineer from NIE Mysore, his younger brother, joined him in 1972, In the year 1987, The brothers started a firm Varun Plastics, in Udupi for manufacture of Rigid PVC Pipes. The firm was an ISO 9001:2008 certified. Our product Rigid PVC Pipe was certified by BIS as per IS:4985:2000.

The group went on expansion spree, to cater to the expanding market network by establishing one more unit by name Ganga Plastics, in the Industrial estate in Manipal in the year 1992 for manufacturing Rigid PVC Pipes.

In the year 2000, the group diversified its activity by establishing Sindhu Plastics, in Manipal, for the purpose of Manufacture & Export of Flexible PVC pipes, HDPE Pipes, HDPE Sprinkler Pipes.

In July 2016, in view of efficient utilization of available resources, the group decided to merge all its firms into one single entity VARUN PIPNG SYSTEMS, with its head office in Manipal.